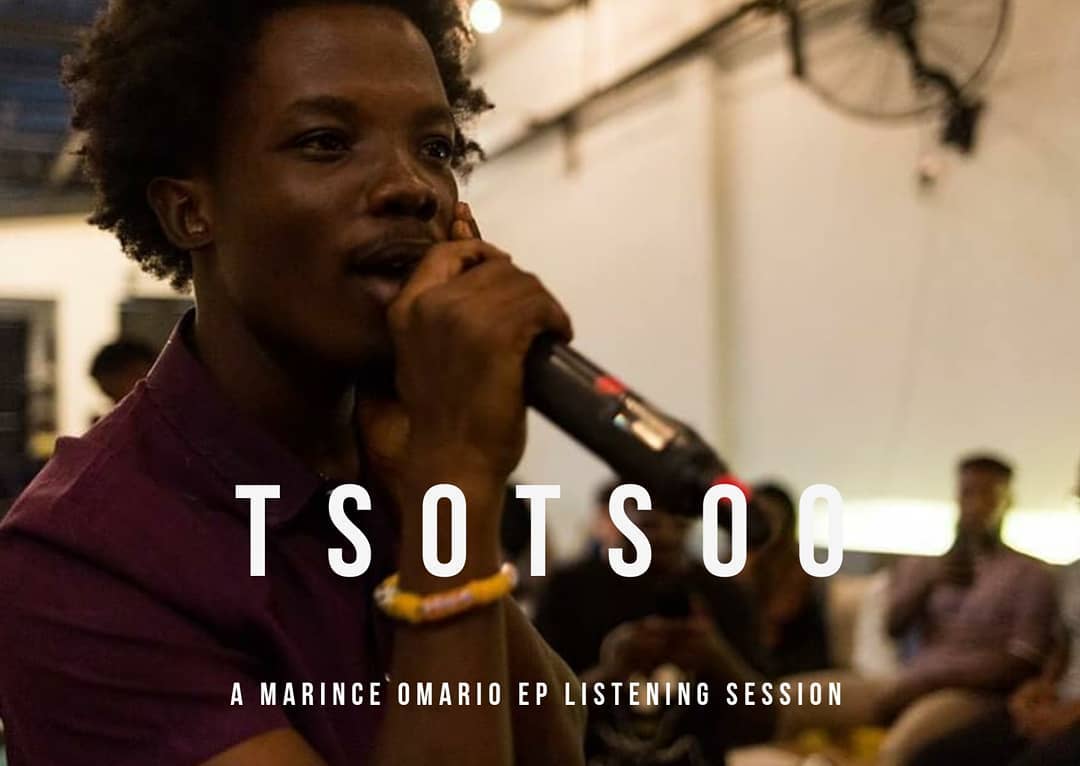 Marince Omario is a Ghanaian creative based in Accra who seeks to inspire and motivate people with his music while promoting the Ga traditional culture and lifestyle.

His latest project, “Tostsoo” which he premiered on October 13 is a sequel to his previous EP “Oblitey”. Tsotsoo is an EP I made in memory of my late grandmother, Margaret Tsotsoo Quarcoo. All the 5 songs on my Tsotsoo EP are a sonic reflection of my grandma’s outsized personality and her enduring impact on my life, even in her death”, says the artist.

Marince breaks down the tracks on the Ep and gives us some insight into what inspired him to come out with this body of work. Check them out;

1. Mkpai: Tsotsoo opens with “Mkpai”, a Ga word which means “Libation”. On this record I give thanks to God Almighty, the gods of the Ga land and my late grandmother for protecting and giving me the strength to fight my battles. I also ask that they strengthen and protect me as I journey through life.

2. Gbonyo Party: on “Gbonyo Party” I share my lit experiences at a funeral party. While at this party I see a girl trying to catch my attention by dancing seductively & wildly whining her waist yet this same girl had been weeping sadly at the burial. In the Ga culture funeral rites, after the burial of the dead, a day is dedicated to partying as a form of thanksgiving and socializing. It is an intriguing sight to see Ga girls casting spells with their body movements during Gbonyo Parties.

3. Seke: Seke is a song where I indulge one of my fantasies which is being a sponsor by taking a girl from the village to the city or abroad to give her a lavish lifestyle. While grandma was alive, we used to visit her in Opah (a little village in Accra) for the Homowo Festival. I liked how the girls in Opah paid special attention to me and this made me fall for them. So on Seke, I vowed to bring them to the city in order to show them a good time.

4. Koti: Growing up I saw my grandma go to the police station several times because some of her children which were my uncles and mom had police cases not because they were at fault. Koti (Track 4) basically addresses these and includes my personal experience with police harassment because “of my demeanour “. I spoke about the fact that most of the youth just need the freedom to go about their daily activities to get what to eat and share with their family and friends.

5. Give It Back: One thing I loved about my grandmother is her generosity. She took part in communal activities just to see the streets glow which I can never look away when talking about her. So I preached about sharing with the streets (which represents a support system or community) since the streets have always fueled our dreams and helped make it possible.

Tsotsoo features The ART on track 3, Berd on track 4, Black Sheriff, Chief Kellz and Skirth Madona on Track 5 with production credits to Spc Ghost on track 1 and 2, Kokhe on track 3 and 4 and Joker Nharnah on track 5