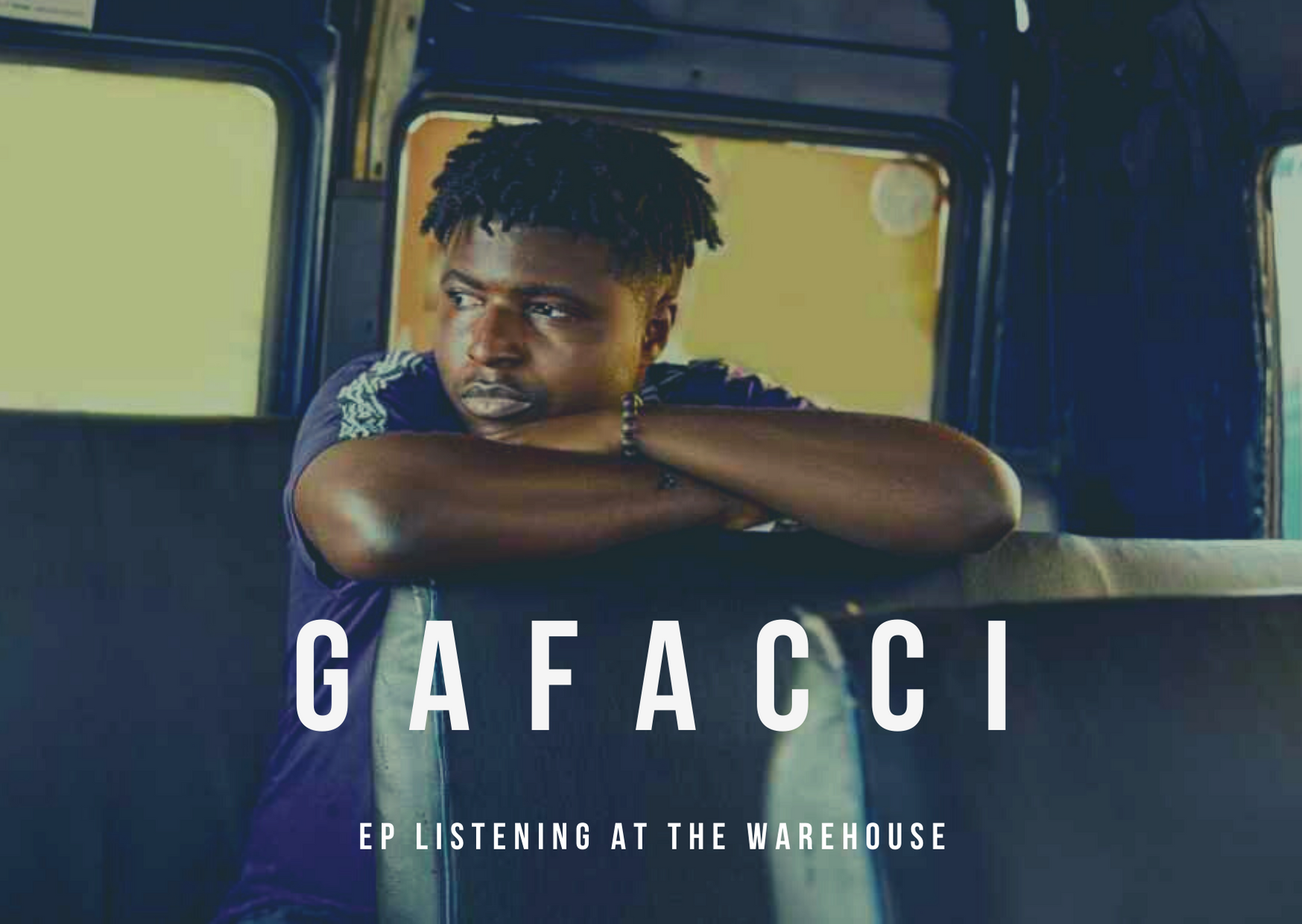 On the last Friday of January, our buddies from Accra city nice hosted a listening session with pioneering afrobeats producer Gafacci. He shared some songs off his latest extended-play titled “Face the wall”. The EP is a five-track body of work that gives us a glimpse into the immense and diverse talent the famous producer has for his craft.

A man of many talents, Gafacci told a rather somber story of the hurdles he had to overcome during the early phases of his music production career. A testament to the challenges music producers face in this part of the world; Gafacci took us back to the time when he had produced hits songs for artists like Dee Money, D-Black, Chase, and the like yet had nothing concrete to show for in terms of financial stability. The place he lived at the time was directly opposite the wall of the L.A Presby school, where students would shout out his name whenever they see him pass by(him being famous & all). Hence the idea behind the name of the EP “Face the Wall“

He also touched on the business side of music and what is takes to thrive in the industry. Alluding to the fact that he gets 90% of his revenue from online music company Bandcamp, he encouraged folks in his line of profession to know how to use whatever tools that are at their disposal to monetize their work. “Producers in this space who are respected are those who know how the politics within the system works”, he said. Also, the interactions with the audience birthed a vague idea of a platform for various producers across the country showcasing their music for like-minded folks.

As usual, Maweuna & Co held down the fort nicely, asking really interesting questions, and engaging with the audience too. All in all, it was a fun night with drinks and laughter all round. We are so looking forward to the next listening session CHALE!